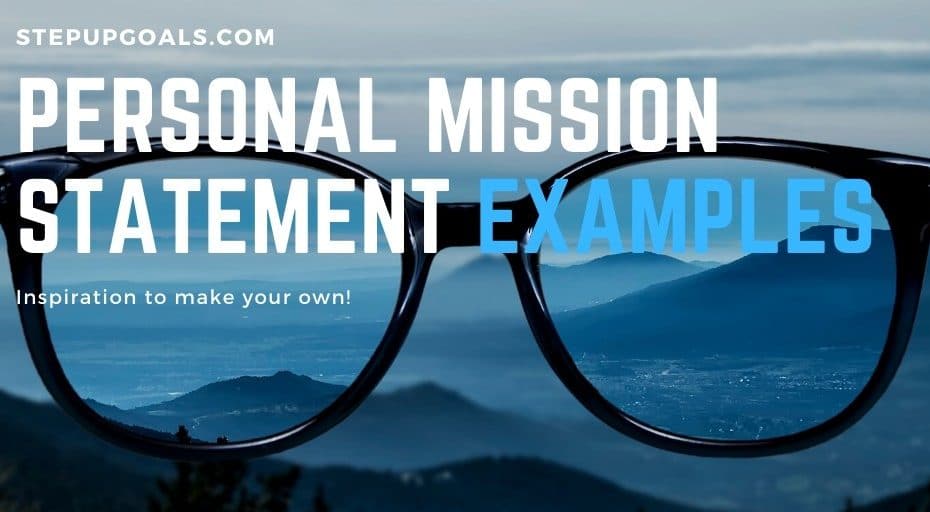 What Is A Personal Mission Statement?

A personal mission statement is a short, few sentences long motto, that helps a person stay aligned with the values they find most important and ensure they’re staying focused on the way they want to impact the world.

It gives you permission to say no to distractions and stay laser-focused on your goals or your BHAGs.

You can write it down, print it, share it and announce it. Why would you share such personal information you ask? It is necessary for it to be out there. It can hold you accountable and it won’t be easy to back down.

Of course, it can and should change as you grow older and acquire more skills and life experiences.

As William Arruda, author of Ditch, Dare, Do: 3D Personal Branding for Executives says “If your mission statement doesn’t change, you risk not being relevant any more.”

He also says that “A personal mission statement is a critical piece of your brand because it helps you stay focused.” That’s why I’m suggesting you print it on your business cards.

It will show other people who they’re dealing with straight away and will point out that you are not messing around.

Let’s come out strong out of the gate. There are countless Gandhi quotes out there. He was and still is truly inspirational. He led the successful campaign for India’s independence from British Rule and inspired movements for civil rights across the globe. He’s often named among the 20th century’s most important figures and he proved that one man has the power to take on an empire.

In his personal mission statement example, you can really read out his whole life.

“If something is important enough you should try, even if the probable outcome is failure”

Classic Elon! All of his ventures are highly publicized because most of them are outrageous. He’s sending a person to Mars, making the best electric cars in the world and boring tunnels for faster transportation. Before that, he was the co-founder of PayPal. He really has some remarkable BHAGs.

Want to know more about BHAGs? Read about them in our article – Your Killer BHAG – Easy Ways To Supercharge Your Big Hairy Audacious Goals

“Not merely to survive, but to thrive; and to do so with some passion, some compassion, some humor, and some style.”

Again, her mission statement reads like a headline of her autobiography. Her actual autobiography spans six books and is a must-read.

This statement should be applicable to everyone’s lives. Especially for someone who has been through some real hardships in life.

“To use my gifts of intelligence, charisma, and serial optimism to cultivate the self-worth and net-worth of women around the world.”

Amanda Steinberg is the founder of DailyWorth, a financial media platform for professional women focusing on money and business.

Her mission statement example is a two-in-one. It connects affirmation (To use my gifts of intelligence, charisma, and serial optimism) and a mission statement (to cultivate the self-worth and net-worth of women around the world).

You can easily use it as a template for your own personal mission statement.

Bring together your best qualities and add your goals to get a smashing positive reinforcement and a mission!

“I want to serve the people. And I want every girl, every child to be educated”

You probably heard of Malala, the youngest Nobel Prize winner. As a young girl, Malala Yousafzai defied the Taliban in Pakistan and demanded that girls be allowed to receive an education. She was shot in the head by a Taliban gunman in 2012 but survived.

One of the most powerful personal mission statement examples on this list.

About 263 million children and youth are out of school, according to new data from the UNESCO Institute for Statistics (UIS). That is a terrifying figure and anyone that is working on addressing this huge issue is a saint in my book.

Find a purpose in life that’s worth pursuing and write a mission statement around it.

“To be a teacher. And to be known for inspiring my students to be more than they thought they could be.”

By 19, Oprah was a co-anchor for the local evening news. Winfrey’s often emotional delivery eventually led to her transfer to the daytime talk show arena, and after boosting a third-rated local Chicago talk show to first place, she launched her own production company and became internationally syndicated.

By the mid-1990s, Winfrey had reinvented her show with a focus on literature, self-improvement, mindfulness, and spirituality and in 2008 she formed her own network – Oprah Winfrey Network, OWN.

She really did bootstrap herself into the spotlight where she could help and inspire millions of people worldwide.

“To have fun in my journey through life and learn from my mistakes.”

Branson expressed his desire to become an entrepreneur at a young age. His first business venture, at the age of 16, was a magazine called Student. In 1970, he set up a mail-order record business.

Today, he is a business magnate, investor, author, and philanthropist.

Branson has been involved in a number of failed business ventures but he holds an unusually optimistic view of failure and in his book “Like A Virgin”, he wrote “I suppose the secret to bouncing back is not only to be unafraid of failures but to use them as motivational and learning tools. … There’s nothing wrong with making mistakes as long as you don’t make the same ones over and over again.”

That, and his numerous attempts at breaking world records, including the fastest Atlantic Ocean crossing, circumnavigating the globe by balloon and the fastest crossing of the English Channel in an amphibious vehicle, really puts his mission statement into perspective.

“To serve as a leader, live a balanced life, and apply ethical principles to make a significant difference.”

Named the “21st Most Powerful Woman in Business” by Fortune Magazine in 2011, Morrison was elected a director of Campbell in October 2010.

Under Morrison, Campbell has become a purpose-driven company focused on Real food that matters for life’s moments. These seven simple words have caused Campbell to think, talk and act differently about its food.

She helped the company diversify into the fresh, organic and natural markets.

As you can see in her personal mission statement example, her own virtues were reflected in the company’s policy and long term planning. Although she stepped down last year from her role, Denise Morrison will be remembered for making Campbell the first major food company to support the national labeling of foods that contain genetically modified organisms (GMO).

Her mission statement can and should be an example for other CEOs.

How To Craft Your Own Mission Statement

You don’t need a template, a 10 question checklist, a course to show you how to craft one.

Two short sentences should be more than enough to encompass your present self, future self and even an affirmation as in the example of Amanda Steinberg.

It can also tie into your BHAG. If you don’t have one yet, make one first. It will help you visualize what you want to accomplish in the future.

Same as BHAGs, mission statements should be clear and easy to understand. DO NOT make an essay out of it.

Any vision is better than no vision at all. Whatever you create is not set in stone. It can evolve with you over time. 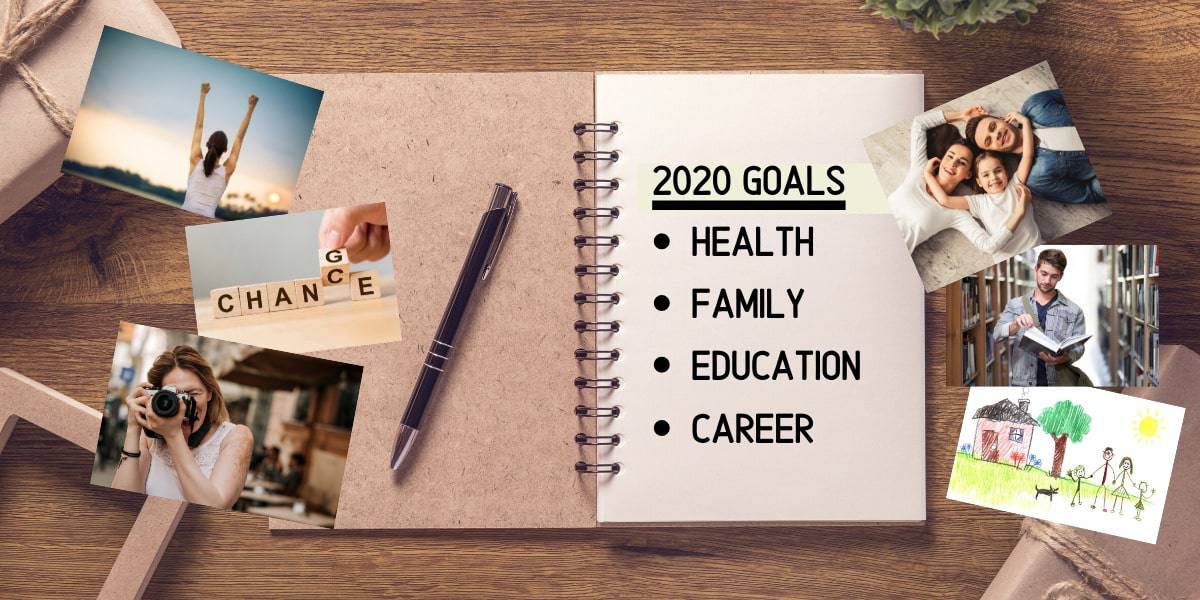