Have You Heard These Deadly Krav Maga Quotes 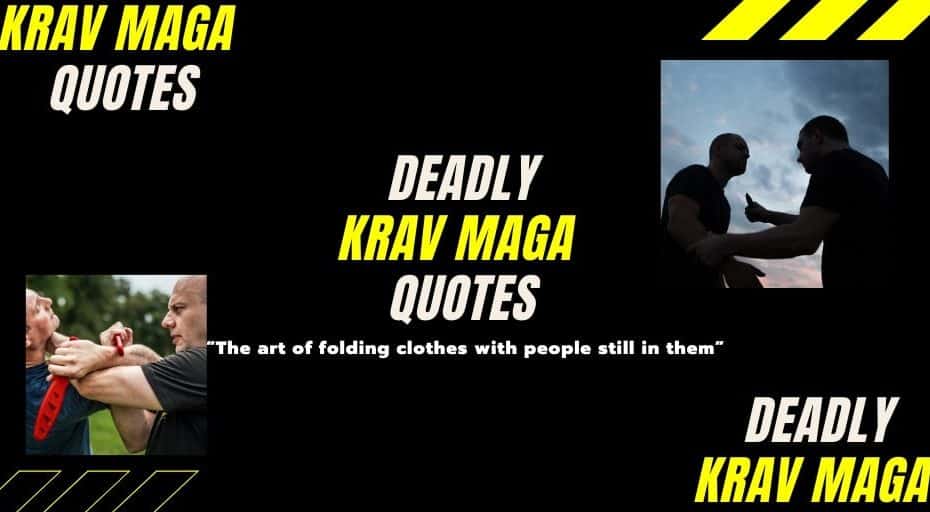 If you’re reading this post, I’m pretty sure you’re already familiar with Krav Maga, but for those few of you that don’t know what it is, let me tell you in a few sentences.

According to Tactica Krav Maga Institute:

Krav Maga is an effective, modern, and dynamic self-defense and fighting system. It is designed to be practical and intuitive for people of any age, shape, or size. The techniques expand on your natural instincts to develop skills quickly and effectively, while enabling you to address attacks under any scenario. You will learn how to defend yourself and your loved ones, while gaining increased awareness and instinctive reflexes.

Krav Maga is taking what is useful from available systems, for example:

The most prominent figure in Krav Maga history is Imre Lichtenfeld (also known as Imi Sde-Or) who was born in 1910 in Budapest and grew up in Bratislava.

In 1948, when the State of Israel was founded and the IDF was formed, Lichtenfeld became Chief Instructor for Physical Fitness and Krav Maga at the IDF School of Combat Fitness. He served in the IDF for about 20 years, during which time he developed and refined his unique method for self-defense and hand-to-hand combat.1

The principles of Krav Maga:

“Krav Maga so that one may walk in peace”
― Imi Lichtenfeld

“Remember there are no rules in Krav Maga. Always defend and attack at the same time. Always fight with aggression. And never go down.”
― J.A. Redmerski

“Krav Maga – touch me, and your first lesson is free!”*

“Krav Maga – we do bad things to bad people”*

“You have to commit. There’s no turning back. You’re going in to fight for your life so you have to go as fast as you can from the first movement you make”
― A. J. Draven

“All women were created equal. Then some learned Krav Maga”*

“You can only fight the way you practice”
― Miyamoto Musashi

“There’s only one rule in Krav Maga. There are no rules”*

“Attackers don’t care if you’ve found your spiritual center. Honestly, neither do we. No rules. No fancy poses. No Katas. Only street effective techniques designed by the Israeli Defence Forces. Knowing how to defend yourself in any situation, now that’s our idea of good karma.”*

“Bruises go away and broken bones heal but death is permanent. That’s why we practice Krav Maga”*

“If size mattered, the elephant would be the king of the jungle”
― Rickson Gracie

“No dear, I didn’t get these bruises from being beat by a man. I got them during Krav Maga when I was beating the shit out of some guy…”*

“Of course I know the rules. Simple. You hit him and don’t let him hit you”*

“When it comes to self-defense, it is better to have the power and not need it than to need it and not have it”
― Kevin B. Shearer

“Life is going to beat you up. It wouldn’t be fair if you didn’t throw some punches back at it”
― Bradley Bowman

“Work until your brain forgets and your body remembers”*

“Krav Maga is like poker. You don’t drill for the cards dealt. You react to the hand you’re given!”
― Adrian Volenik

“Training Krav Maga is an important part of my life… It gives me great skills, strength and power”
― Jason Statham

“Beware the fury of a patient man”*

“Krav Maga. Because all some people really need is a palm strike to the face and a knee to the groin”*

*Unknown author. If you know who the author of the quote is, please tell me in the comments and I will add them to the post.

What got you into Krav Maga? Tell me in the comments.

previousCollege Quotes – Dark And Funny But True
nextQuick Guide To Ikigai And How It Can Benefit You
Tags:krav maga inspirationkrav maga motivationkrav maga quotes 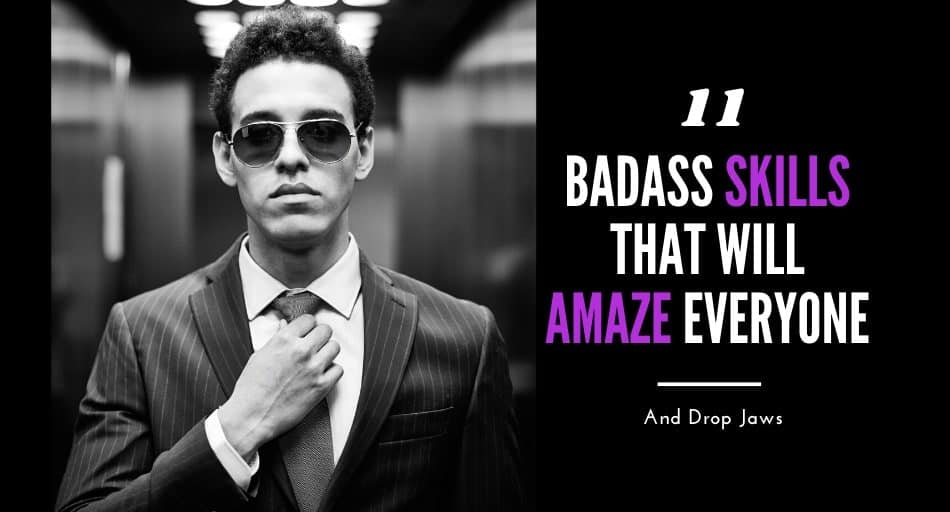 11 Badass Skills That Will Amaze Everyone And Drop Jaws

I went ahead and researched some badass skills that should help you engage people, make a lasting first impression or keep the conversation going. Introverts (like me) should benefit greatly from learning or even mastering some of these skills.