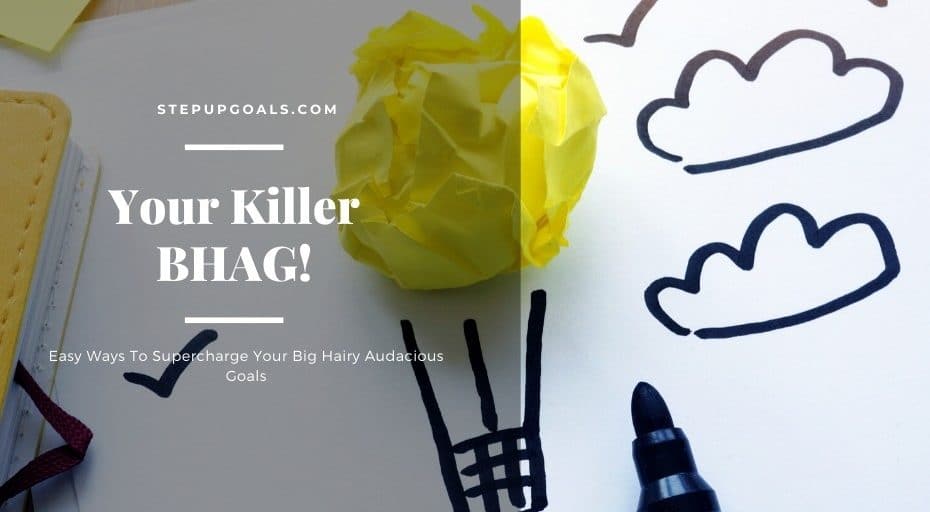 What Is BHAG (for those that don’t know)

BHAG (pronounced bee-hag) or big hairy audacious goals is a concept from a 1994 book Built to Last by Jim Collins and Jerry I. Porras.

The book outlines the results of a six-year research project into what makes enduringly great companies. Collins and Porras listed a total of eighteen companies they identified as ‘visionary.’ See the list of companies here.

Wikipedia also writes that Built to Last has influenced many executives and entrepreneurs since it was originally published, including Red Hat. Co-author Jim Collins became a “superstar” among M.B.A.’s and used his share of the profits to “set up his own research center in Boulder, Colorado, staffed with a team of grad students who tackle multiyear research projects aimed at answering big-business questions.” This research ultimately led to subsequent books such as Good to Great.

According to Collins and Porras, a BHAG is a long-term goal that changes the very nature of a business’ existence.

The best BHAGs require both building for the long term AND exuding a relentless sense of urgency.

[Like the moon mission,] a true BHAG is clear and compelling and serves as a unifying focal point of effort—often creating immense team spirit.

People have to understand BHAG right away because it’s so simple. They have to get it with little or no explanation.

A great BHAG is inspiring and bold. It’s things like “Enable human exploration and settlement of Mars”. Of course, you know that this is SpaceX’s BHAG straight away.

Their BHAG looks so audacious, outside-the-box, and hairy that it might feel as if they’d never achieve it.

Why You Need Your Own Personal Big Hairy Audacious Goals BHAG

Although it was developed as a concept for growing and transforming companies, we can adequately bring BHAGs into our personal lives.

You might have your short term plans laid out already. Maybe you’re following a 5-year plan as well. But the big and hairy goal is 10-20 years long.

It has to be super bold to keep you eager and motivated enough to achieve it.

The point is not to find the “right” BHAGs but to create BHAGs so clear, compelling, and imaginative that they fuel progress.

Here’s an example from the Built To Last book in which Sam Walton (Walmart) set the BHAG for his very first dime store in 1945 to “make my little Newport store the best, most profitable in Arkansas within five years.” As the company grew, Walton set BHAG after BHAG, including a goal to become a $125-billion company by the year 2000.

As an entrepreneur, it’s natural for your personal and business goals to overlap. After all, you are breathing, sleeping and eating with your business.

You don’t have to be a business owner to develop your audacious goal.

If you want to be a professional musician your BHAG could be to have a top 10 song or a top 20 album, to get a platinum record or to have your own music label in 10 years.

Now you’d know that you need to work on perfecting your music or lyrics writing skills. You might want to intern in an existing and already successful music label to get the ins and outs of the business. It would help make connections with other business people in the music industry or artists.

Having an audacious goal could really transform how you live your life. Simply by keeping it in the back of your head, you can stay “in the zone” and be a confident skipper in a storm.

A confident and motivated person truly is something we all strive to be. People have started revolutions by following that type of person.

There are a number of examples in Jim Collins’ book of companies and their BHAGs.

To land on the Moon

I’ve already mentioned the Moon landing mission. It was such an iconic goal that rallied the whole nation behind it.

Become the dominant player in commercial aircraft and bring the world into the jet age.

Then there’s the example of the Boeing Corporation. They were defying the odds to position themselves as a major player in the commercial aircraft industry in an era when four-fifths of their business came from one customer—the Air Force and sales force reported that commercial airlines in both the United States and Europe have expressed little interest in the idea of a commercial jet from Boeing.

But they’ve made it. They’ve built a jet and brought the commercial world into the jet age.

How big and hairy is this BHAG? Oh, it’s right up there with the best BHAGs for sure.

Collins tells the story of how Starbucks Coffee came to his lab and proclaimed that they have a BHAG; “Two thousand stores by the year 2000.”

When Jim asked them what makes them think that they can achieve it, they answered that they’re right on track and that they’ll get it done 100%!

It is obviously not a BHAG if you’re 100% certain of achieving it and you don’t need to do anything different to make it happen.

That’s why Jim sent them back to Seattle to think of a new and more audacious plan from a twenty to twenty-five-year perspective.

When they eventually came back again, they had a really big plan, “To turn the Starbucks brand into the most recognized and respected consumer brand in the world, a position that’s currently held by Coca-Cola.”

WOW! How outrageous was that!

As Collins says, “It was a BHAG that reflected their three circles: what they’re passionate about, what they can be the best in the world at, and what drives their economics. And the BHAG flows from their understanding of those three circles.”

Personal BHAGs can be all sorts of things. They can be career goals, education goals, relationship goals and so on.

Let’s go through some.

A great BHAG would be to become an astronaut, pilot or surgeon in 10-15 years. There’s a good chance that you might not achieve it but still, if you give your blood, sweat, and tears it can be done.

Live in a different location

To live in a different location or culture could be a great BHAG. Set a time limit on it so it’s measurable. Although this is now easier than ever, for most people it’s still a BHAG.

Fear of unknown or failure is a thing that is holding most of us down.

Repaying your mortgage or college debt

Repaying your mortgage or college debt in 10 years as opposed to 20 or 30 years is one that would be a good fit for most people tied down by a huge debt.

As thebalance.com points out “The best reason to pay off debt early is to save money and stop paying interest. Interest charges don’t buy you anything except the ability to pay slowly. Your house doesn’t get any bigger when you pay interest on a mortgage, and you don’t get your interest back when you sell.”

They also add “Some loans drag on for 30 years or more, and interest costs add up over time. Other loans might have shorter terms, but high-interest rates make them expensive. With high-cost debt (such as credit card debt) it’s almost a no-brainer to repay as quickly as possible: Paying the minimum is a bad idea.”

It’s a clear and measurable goal that aligns with your values and is not easy to do.

Now that you’ve set your big and juicy goal, let’s see how we can catapult it.

How To Supercharge Your BHAGs

When you announce the goal to people around you, they have to look at you in utter surprise. It is so BIG that they think to themselves “who is this person?”. How dare he/she proclaim such a tenacious thing! Who does he/she think he/she is!

It should make you feel uplifted when you see the look in their eyes.

Step out of your comfort zone

That’s right. It won’t be easy and there’s a great chance that you’ll fail but it will be worth it. Who knows, you might just inspire others to follow in your footsteps. It could end up being a movement! If it does, your name will go down in history.

Because it is so all-encompassing, you have to break it down into manageable steps. You have to crawl before you walk or run. What are the steps you’ll need to do to make it achievable? Write it down!

Not only will it help to set up and reflect on the process, but it could also end up being a great memoir. Even if you don’t publish it, you can still read it to your grandkids someday.

You have to visualize it every single day. Although the BHAG itself is long term, the steps you are taking to achieve it are happening in real-time and you can’t lose the focus.

This is the most important part. Once you commit to your goal, stick to it! There will be ups and downs and perfect excuses for giving up. Don’t. Don’t give up. Always remember why you’ve started in the first place! 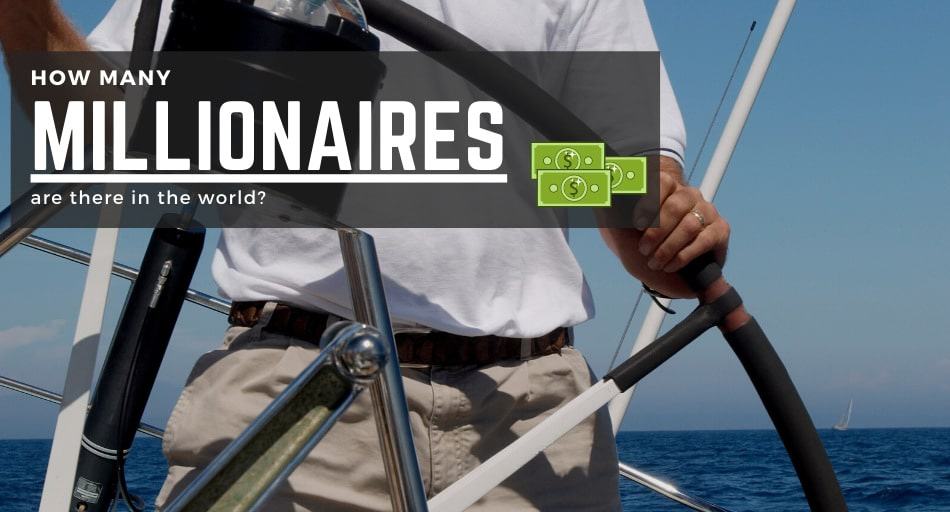 How Many Millionaires Are There In The World?

When you picture a millionaire, you probably think of a bank or investment manager or a company CEO or a business owner. But, how many millionaires are there in the world? 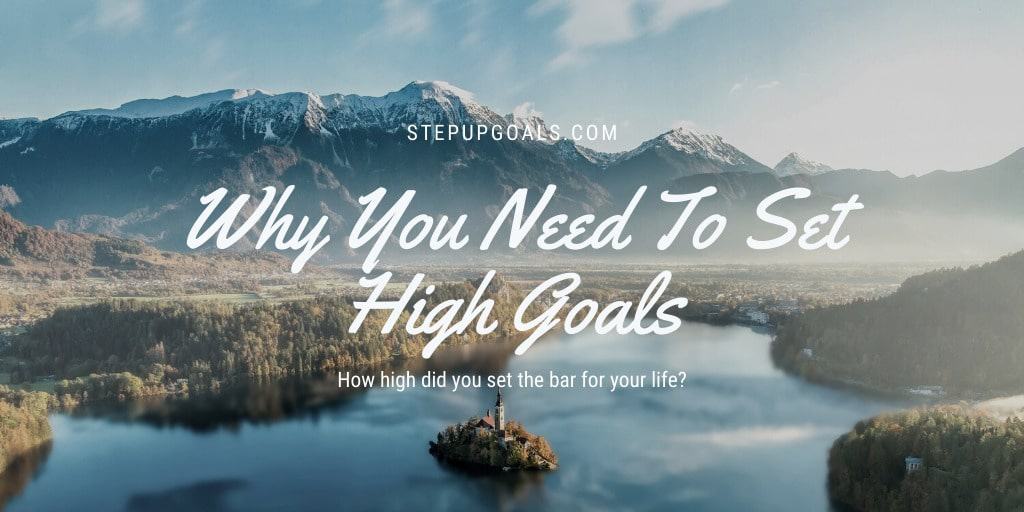 Revealed: Why You Need To Set High Goals

How high do you set the bar for your life? Is it Elon Musk high or Average Joe high? Read on to see why you need to set high goals 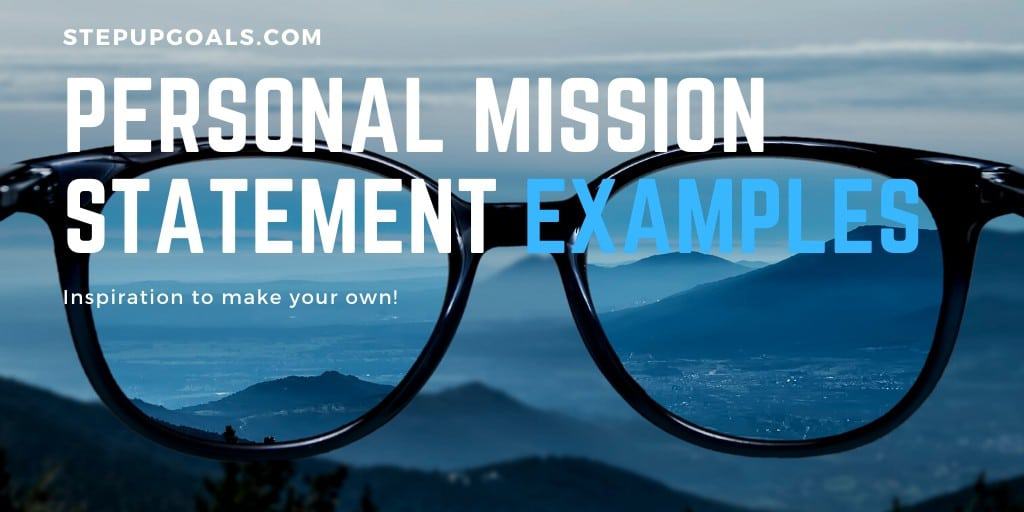 A personal mission statement is a short, few sentences long motto, that helps a person stay aligned with the values they find most important and ensure they’re staying focused on the way they want to impact the world.